HOME » THE PEOPLE BEHIND OUR WORK » Kotsias Vasilis 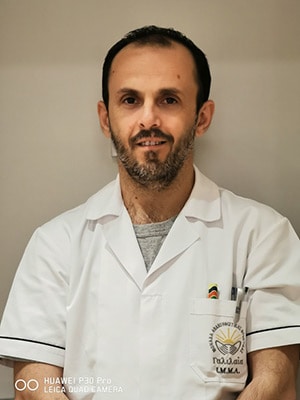 He graduated in 2005 from ATEI Larissa. Immediately after, he served his military duties in Air Force health units. In 2007 he got hired in a private Hospital in Athens, where he initially worked in the Intensive Care Unit and then in the Emergency Department, wherein the latter undertook the position of Deputy Chief of Staff from 2017-2019. He is certified in Advanced Life Support (ALS). Since October 2019, he has been working for “Galilee”.