HOME » THE PEOPLE BEHIND OUR WORK » Los Carolyn 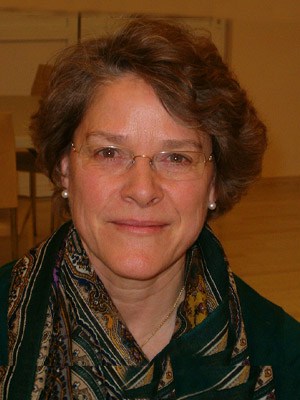 After her studies in Human Services, she received her B.A. in Sociology from Boston University. During the period 1975-1980, she worked in the United States as an editor of theological texts for a quarterly journal. Her volunteer work in the U.S. during the period 1965-1981 includes supporting patients in hospital and in homes for the elderly, as well as working with adults with Down Syndrome, with inner-city children and counseling students. In Greece, since 1981, she has participated in the Apostolic Ministry for Patients of the Archdiocese as well as in the Parent-Teacher Organizations of her children’s schools. Carolyn is married and is the mother of seven children, and the grandmother of eleven grandchildren. She has served the Unit since 2010 structuring and coordinating the volunteers’ service, training and support.